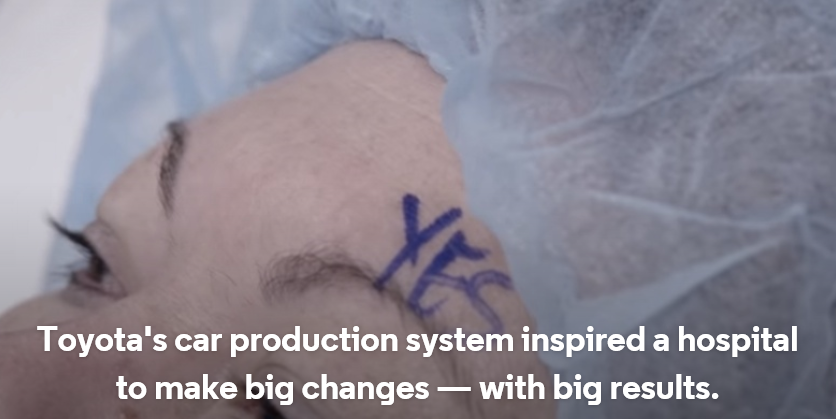 "It's a reminder of what happens when people think outside the box, share wisdom, and innovate to solve problems".

"As a major medical hub, Harbor-UCLA Medical Center sees a large volume of patients, many of whom have limited resources and, because of their inability to pay for ongoing care, are often in an advanced state of their disease. As a result, there was a constant backlog of often very sick patients in the eye clinic. Doctors were spending more time looking for supplies and paperwork than they were with patients. Nurses and patient administrators were frustrated, key resources weren’t flowing to patients, morale was suffering, and people like Liseth were at risk of medical complications caused by the prolonged waiting periods for treatment."....
...."As part of their ongoing commitment to share knowledge and innovation that they know can reach into sectors far outside their own, Toyota engineers responded to the call for help from the hospital. They were certain there was much the hospital could gain from the Toyota production system, known for its efficiency and productivity, and they were eager to use their philosophy to  address the clinic's concerns together.
Toyota team members worked with the medical staff to adjust their systems in ways big and small to improve work and patient flow."